The hand signals for bike riding in most countries are relatively straightforward, even given a few important regional variations such as the straight forward “just point where you’re going” approach that is favored by Parisians when they choose to indicate anything at all.

However, if you decide to join a fat bike tour (sorry… that should be “Fat Tire bike tour”) in Paris, you will learn a new hand signal.

These folks had paid keen attention to the pre-tour briefing that stressed the concept “safety in numbers allows us as a group to DOMINATE the road.”

The hand signal, as interpreted by the self-appointed dominatrixes of our group, consisted of a vigorous straight-arm, palms flexed gesture.

Used by an individual, it would normally be taken to mean “stop.”

However, used in large numbers by people also yelling “Dominate!” it is more likely to be interpreted that what you’d really like to do is to ram the heel of your hand directly between the nose and lip of any nearby threatening taxi driver/pedestrian-waiting-to-cross-the-street/old-lady-standing-on-the-corner-feeding-the-pigeons.

Travel lesson #14: It’s difficult to pull off an effective “we’re not with those turkeys” stance when on an identical bike, wearing a the same colored bike helmet

There’s also the pressure of needing to make the same light or risk being peeled off from the pack like two geriatric gazelle at the communal watering hole.

Don’t get us wrong, here.

Our evening bike ride during a full “pink” moon through Paris with Fat Tire Bike Tours over, under, and past some of the most famous, picturesque, and iconic locations in the city was amazing and probably the highlight of our trip.

I even heard a wedding proposal as we stopped on the Pont Des Arts as that jaw-dropping moon rose over the beautiful silken water. She said, “Oui!”

It’s just that next time we go, we’ll definitely look into the Fat Tire private tours option, and maybe just bring along a good bike helmet for self protection and a good bike bell to say “Bonjour!”

Meanwhile, we have a new-found appreciation for bike tour operators, so I’ve put this on my Christmas list: 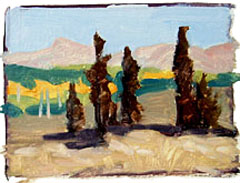